A new generation of ultra-low and no-VOC waterborne epoxy technology is now available on the marketplace. Developed for those applications, where environmentally-friendly alternatives are required or useful. While there is still use for Volatile Organic Compounds (VOC), also known as solvents, the waterborne technologies are based on optimized molecular weight distribution epoxy resins which aid film formation and curing kinetics where applicable.

Paired with tailored curing and additive packages, these coatings form uniform films upon drying, show no skinning effects, have a good drying-rate, and eliminate the need for additional coalescing aids in paint formulations. At the same time, they also provide superior characteristics in certain application areas like light duty metal protection or concrete applications. In the early days of searching for an alternative to solvents, typical ‘technology teething problems’ were giving waterborne formulations, like water-based epoxy paints a bad rap. They were not optimized for the new aqueous medium. One technical challenge they had to overcome was the nature of liquid epoxy resins to not readily disperse in water. These coating systems are known as Type-I or First-Generation systems. They performed well on non-metallic substrates such as concrete flooring or masonry. On metallic substrates, however, the coating layers lacked anti-corrosion performance. 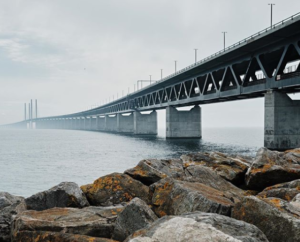 The next rung on the evolutionary ladder constituted the Type-II systems or Second-Generation Systems, which replaced liquid epoxy resins with higher molecular weight solid resins whilst keeping the water-soluble amine curatives. Type-II systems performed better compared to Type-I thanks to a reduced curing agent demand which reduced the hydrophilicity of the total coating system. Despite these efforts, the corrosion resistance was still not up to desired standards, qualifying them only for use as light-duty metal primers and non-metallic substrates. Another disadvantage of Type-II systems was that they would, unlike Type-I systems, generally require the use of cosolvents as coalescing aids in the film formation process. Thus, very low VOC levels were more difficult to achieve.

Many current water-borne Epoxy systems still contain small amounts of cosolvent and but are still able to meet certain current VOC standards. Cosolvent fulfills many technical functions in paints such as processing aid, paint stabilizer, film-forming, and paint drying aid. However, low amounts of cosolvent can still be emitted in low quantities.

VOCs have been used for a long time to formulate paints and still are essential for certain applications. They allow for enough application time, enable paint to flow easily and help to wet the substrate, the underlying surface, evenly. These characteristics enables good anchoring of the paint layer to the substrate surface. Good adhesion reduces the risk of different coating layers, like paint, separating. This phenomenon is known as delamination and is a common cause of severe corrosion of underlying metal or concrete structures.