Not many people may be aware, but we are in contact with different types of resins even if we are not walking in the woods. There are resins in the car that takes us out and about, in the plane that flies us to our next holiday destination, in the mobile phone we are constantly looking at, and in the floor we walk on, to name but a few examples. In fact, modern life as we know it would be hard to imagine without resins, especially epoxies. Used in countless applications across industry, epoxies are one of the most adaptable and widely sold high-performance polymers on the planet.

Epoxy resins have been commonly used since the 1930s, when Swiss scientist Pierre Castan made a smoothie-like mix with a thermoset polymer and a hardener, binding them together in a chemical reaction called “curing”. Years later in the US, scientist Sylvain Greenlee applied a similar principle to develop a low-molecular resin known as BADGE – now the most widely used epoxy resin in the world.

Modern epoxies are versatile substances which, depending on the desired outcome, can be blended in different grades, from liquid to almost solid. Today there are more than 50 different types of epoxies in commercial use. There are also hundreds of hardeners to modify their properties to satisfy the most demanding and unique requirements. Well over 250,000 tonnes of resin are used every year in Europe in applications ranging from flooring to sewage pipes, from sports goods to electronics.

Spinning ahead of the game

About 52,000 of those are used on wind energy applications on a yearly basis. Epoxies are used both as composites and coatings in the production, transformation and distribution of wind energy. Their versatility and resilience make them ideally suited for wind energy applications. Even when used in small quantities, epoxies can go a long way. They also have a significant positive effect on the sustainability of large and expensive structures, making them more durable and less dependent on regular maintenance.

As the wind energy sector continues to grow, so does the use and importance of epoxy resins. Last year wind overtook coal as the EU’s second largest form of power capacity, right after gas, and countries such as France, the Netherlands, Finland, Ireland and Lithuania all set new records for windfarm installations. Currently, up to 50% of all the wind blades manufactured in Europe are using epoxy due to their light weight, resistance to fatigue, good adhesion and lack of shrinkage after cooling. 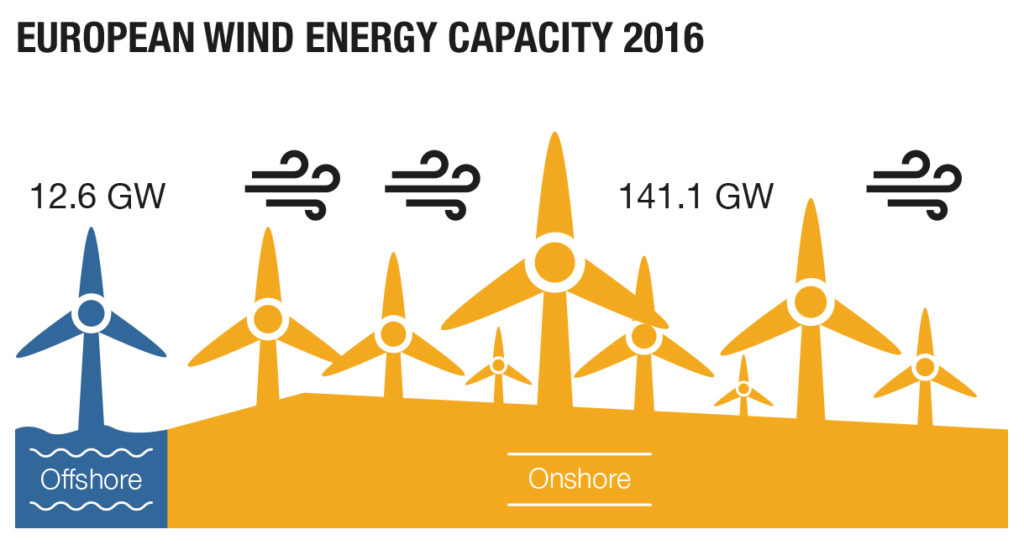 In wet environments, like offshore windfarms, epoxy resins are used to coat wind turbine poles protecting the structure from salt water corrosion. Imagine the economic and environmental costs – not to mention the engineering hassle – of replacing these every time they get damaged by the salt water. Epoxy’s low brittleness and high mechanical strength will ensure a long happy life for these windmills, and therefore for consumers using the electricity they generate.

Companies involved in wind energy activities in the EU account for €7 billion in turnover and some €1.5 billion in economic output to the European economy per year. Epoxy resins are pocket-friendly and make an important contribution to these figures, as they help reduce maintenance costs in around 10%.

From plant to mill

But how easy is it to get these mills up and running? The manufacturing of wind turbines follows two different techniques: the so called “pre-preg” process and the more popular vacuum infusion, used in 65% of wind installations in Europe. In the “pre-preg” process, fibres are pre-impregnated – hence the name – with epoxies which are usually in a semi solid state at room temperature, to give greater firmness to the coating. The outer layer of the blade mould is manually coated and then mats of “pre-preg” are subsequently placed in the mould, heated and glued to another blade shell. In vacuum infusion, the liquid epoxy is mixed with a hardener and the mixture is then sucked into the blade mould via a vacuum pump, impregnating the composite fibres. After heating and curing, the mould is opened to obtain half a rotor blade, which will then be glued to the second half using – yes, you guessed it – epoxy adhesive.

A wind turbine usually lasts around 20 years, but good maintenance practices can make a big difference and significantly expand their lifespan. Thanks to their prolonged life, we will need fewer windmills to produce the same amount of energy compared to windmills without epoxies, generating savings of up to €9.3 billion every year.

What would Don Quixote do? 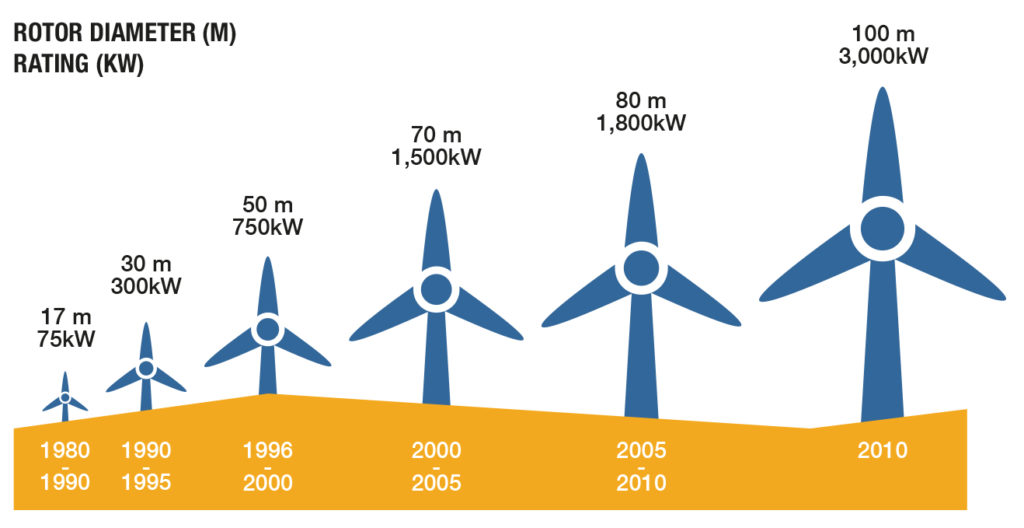 Used since the 1980s in turbine designs, epoxy resins are one of the main reasons why today we have gigantic windmills shaping the landscapes of many Europe countries delivering clean and renewable energy. In the last 30 years wind turbines in general, and blades in particular, have grown larger and taller reaching well over 100 metres and with wind blade diameters of up to 160 metres, about 6 times longer than those used in the first installations a few decades ago. Even Don Quixote would have hesitated to fight them.

Epoxies improve the strength-to-weight ratio of turbines’ structure, allowing the manufacturing of longer blades which would be almost impossible to produce otherwise. Longer blades, in turn, increase the energy output and European energy exports.

As we become more environmentally conscious, so does our technology and energy generation. Epoxy resins have been a great ally in lowering emissions and boosting the wind energy sector. The epoxy industry is strongly committed to continue working to help bring new products and innovative solutions to keep the world turning – and our windmills spinning.